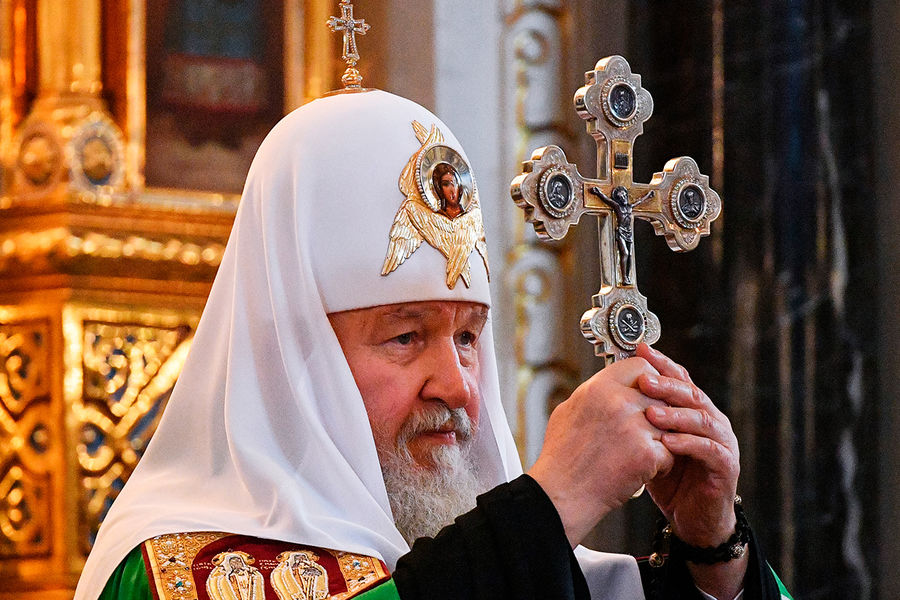 PATRIARCA KIRILL: THE WEST DOESN’T COST TO PUT UKRAINIANS AND RUSSIANS AGAINST EACH OTHER*On March 2, a week after the beginning of the fratricid war in Ukraine, father Ioan Sauca, a Romanian Orthodox priest, wrote to Patriarch Kirill in his role as secretary general in the Ecumenical Council of Churches: “It is with great pain and broken heart that I write to Your Holiness. The tragic situation of the war in Ukraine has led to tremendous suffering and loss of human lives. Many of our brothers and sisters had to leave their homes, including the elderly, women and children, to save their lives. The whole world is watching with concern and expecting to see a sign of hope for a peaceful solution. Every day I receive letters from different parts of the world, from the leaders of the church and from the faithful of our CEC electoral college who ask me to come closer to Your Holiness to mediate so that the war can be stopped and the great blow glad it may end…Please speak up and speak up on behalf of our suffering brothers and sisters, most of whom are also faithful members of our Orthodox Church…I write to Your Holiness to intervene and mediate with the authorities to stop this war, the bloodshed and suffering, and to make efforts to bring peace through dialogue and negotiations. ”In his answer letter S. S. Patriarch Kirill recites:”… These days, millions of Christians around the world are addressing the dramatic developments in Ukraine in their prayers and thoughts. As you know, this conflict did not start today. I am strongly convinced that its initiators are not the peoples of Russia and Ukraine, who came from a baptist source in Kiev, they are united by common faith, saints and common prayers and share a common historical destiny. The origins of the confrontation lie in the relations between the West and Russia. In the 90s Russia was promised that its safety and dignity would be respected. However, over time, the forces that openly considered Russia as their enemy came closer to its borders. Year after year, month after month, NATO member states have strengthened their military presence, ignoring Russia’s concerns that these weapons could one day be used against it. In addition, the political forces that pretend to contain Russia would not have fought against itself. They were planning to use other means, having tried to make the fraternal peoples – Russians and Ukrainians – enemies. They saved no efforts, nor funds to flood Ukraine with weapons and war instructors. However, the most terrible thing is not weapons, but the attempt to “reduce”, to mentally transform the Ukrainians and Russians living in Ukraine into enemies of Russia. Pursuing the same end was the ecclesiastic scisma created by patriarch Bartolomeo of Constantinopoli in 2018. He put hard the Ukrainian Orthodox Church. Back in 2014 when blood was being shed to Maidan in Kiev and the first victims, the WCC expressed concern…It was then that an armed conflict broke out in the Donbas region, whose population defended their right to speak Russian, demanding respect for their own historical and cultural tradition. However, their voices went unheard, as thousands of victims among the Donbas population went unnoticed in the Western world. This tragic conflict has become part of a large-scale geopolitical strategy, in the first place, to weaken Russia. And now Western leaders are imposing such economic sanctions on Russia that will be harmful to everyone. They blatantly make their intentions clear: to bring suffering not only to Russian political or military leaders, but especially to the Russian people. Russophobia is spreading in the Western world at an unprecedented rate. I pray continually that with His power the Lord will help us establish a lasting peace and based on justice as soon as possible. I ask you and our brothers in Christ, united in the Council, to share this prayer with the Russian Orthodox Church. Dear Father Ioan, I express my hope that even in these difficult times, as it happened during its history, the Ecumenical Council of Churches can remain a platform for an impartial dialogue, free of political preferences and d on a unilateral approach. May the Lord preserve and save the people of Russia and Ukraine! “• Captured by: https://orthochristian.com/145107.html (Moscow, March 11, 2022)